Serving the SE United States since 2007

Why Choose the Learning Improvement Center?

We help adults and children improve how their brain functions to alleviate the symptoms of ADD, ADHD, and Dyslexia.

Few besides his family and teachers knew that he had to read a page of text at least seven times before he could understand its content, if at all.  Whether it was homework, instructions for operating a kitchen appliance, or an author’s essay on the meaning of life – he could see and say the words, and tell you what individual words meant, but he could not process what the sentences were saying.

Who knows if he was born this way, or if it resulted from the auto accident when he was four years old? In the wreck, his mom broke her nose. He was thrown out of the car but had no visible signs of injury. At least that’s what his family thought until he began stuttering.  The doctors said, “not to worry,” because in time, “it would go away.”

Well, time did pass by, and he stopped stuttering, although he still had trouble pronouncing some words, and curiously, different words from day-to-day.  For example, one day, he could pronounce “special,” and the next day he could not. In his head, he would hear the correct pronunciation of some words, but it did not match what he heard from his mouth.

A couple of years later, the frustration of school started! Most of his report cards said “not working to potential,” even though his mother worked with him daily on spelling and phonics. Reading was a nightmare. His mom taught him to read pretty well, but he hated it. He thought it was the most boring thing in life. Most “reading time” in school was spent daydreaming or creating ways to get out of it. Math was easy, but it was hard to believe that English was his primary language.

Well, miracles do happen, and he graduated from High School.

He wanted to go to college to become an architect, but it required too much reading. So, he chose jobs that didn’t need much reading, such as running his printing business. Thank goodness, he has always had an excellent memory for things that he has heard. He devoured books on tape, purchasing them by the caseload, or renting them from a company that was the Netflix of its day.

After his children left home, he sold the printing business of 18 years and enrolled in school. He studied Anatomy with a great teacher who taught verbally and through pictures. He discovered this style of learning earned him A’s and B’s. Unfortunately, his next class in Pathology required reading two chapters each week, and class time was reserved for quick explanations and tests. This class, with the very same teacher, returned him grades of D’s and F’s. Although he spoke with the teacher about his reading difficulties, she blamed him for being lazy or neglecting his studies in favor of partying.  Are you kidding—at his age, with the high cost of education?

When it was time to test for the State license, he hired his teacher, with the stipulation that she tutor verbally and direct him to the essential material that might be covered in the State tests.  It was then that she observed him answering questions incorrectly that he knew cold.  For a question such as, “Where is dinner going to be?” he read, “What is dinner going to be” and answered “chicken” instead of “at Tom’s house.” With this new revelation, she apologized for her previous accusations of laziness and focused on setting a practice pace that allowed Wes to re-read test questions several times and still complete the whole test, without raising his anxiety level too much. He passed the test and got his Florida State license.

So what triggered his transformation and his current career?

In 2004 his wife’s friend visited from Colorado. Among several new health and healing strategies, she shared with us was the Brain Integration work pioneered by Susan McCrossin.  Wes still remembers how he felt the second he heard about this therapy for people with learning difficulties – he just KNEW it would help him!

Wes was on the next flight to Boulder, with Susan’s book in hand.  He read seven pages on the five-hour trip. Susan worked with him intensively over the next two days. On the flight home, he started re-reading her book. Nothing seemed different at first, but all of a sudden, he realized he was in Chapter Two. He completed 100 pages in the time it had taken him to read seven pages only three days earlier!

Now Wes loves reading, he understands the content without re-reading, and he feels smarter. He was amazed at the progress. His self-esteem has soared. He no longer feels embarrassed in front of people because of his poor reading skills. Of course, life is not without its challenges, but his life is much more productive, less stressful and more enjoyable now that his brain works for him.

He was so thrilled and impressed with the results that he decided he must help others. Back to school he went, with his new skills in reading, learning, and spelling.  He is now fully certified in Crossinology® Brain Integration Technique and founded the Learning Improvement Center LLC since 2007. It is a great joy to help clients of all ages find or rediscover the benefits and pleasure of a well-functioning brain.

New schedule will be coming soon

“My daughter is doing homework at school, so that she can ask questions of the teachers and her peers. She's starting long-term projects as soon as she is given them. She's very independent, so I no longer have to help her with homework for two hours a night. At this point she has an A, B & two C's. She's still a night owl and hard to wake up in the mornings, but she does get chores done and without drama.” 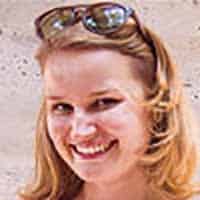 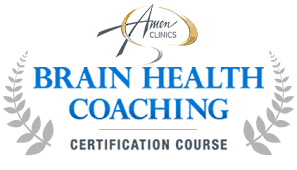 This website is for educational purposes only and is not intended to diagnose, treat, cure, or prevent disease and not intended to replace the advice of your healthcare professional.